Scientists are studying whether long COVID could be linked to viral fragments found in the body months after initial infection. 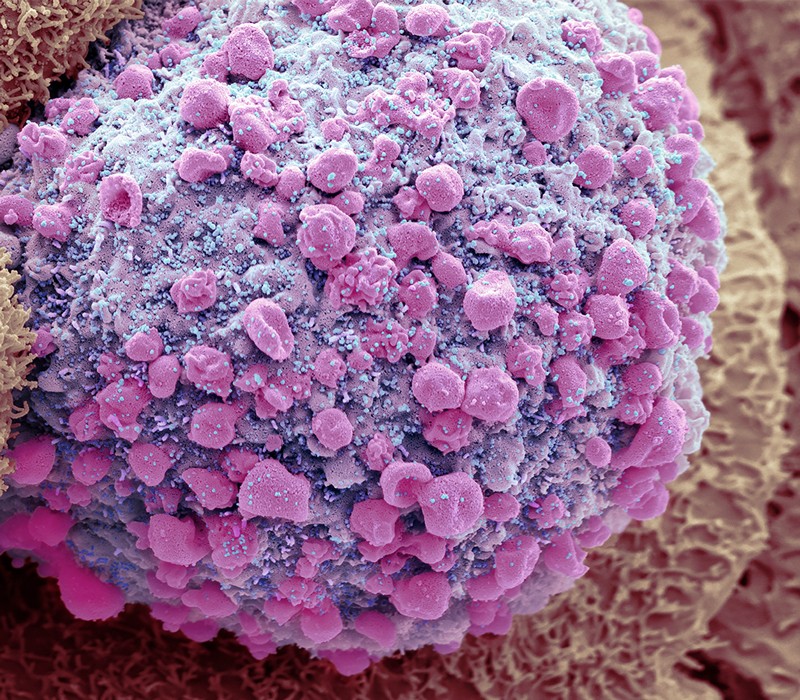 In the chaos of the first months of the coronavirus pandemic, oncologist and geneticist Ami Bhatt was intrigued by widespread reports of vomiting and diarrhoea in people infected with SARS-CoV-2. “At that time, this was thought to be a respiratory virus,” she says. Bhatt and her colleagues, curious about a possible link between the virus and the gastrointestinal symptoms, began to collect stool samples from people with COVID-19.

Thousands of miles away from Bhatt’s laboratory at Stanford Medicine in California, gastroenterology internist Timon Adolph was puzzled by accounts of gut symptoms in infected people. Adolph and his colleagues at the Medical University of Innsbruck in Austria started to assemble specimens, too — gastrointestinal-tissue biopsies.

Two years into the pandemic, the scientists’ foresight has paid off: both teams have recently published results1,2 suggesting that pieces of SARS-CoV-2 can linger in the gut for months after an initial infection. The findings add to a growing pool of evidence supporting the hypothesis that persistent bits of virus — coronavirus “ghosts”, Bhatt has called them — could contribute to the mysterious condition called long COVID.

Even so, Bhatt both urges scientists to keep an open mind and cautions that researchers have not yet nailed down a link between persistent viral fragments and long COVID. “Additional studies still need to be done — and they’re not easy,” she says.

Long COVID is often defined as symptoms that linger beyond 12 weeks after an acute infection. More than 200 symptoms have been associated with the disorder, which ranges in severity from mild to debilitating. Theories about its origins vary, and include harmful immune responses, tiny blood clots and lingering viral reservoirs in the body. Many researchers think that a mix of these factors contributes to the global burden of disease.

An early hint that the coronavirus might persist in the body came in work3 published in 2021 by gastroenterologist Saurabh Mehandru at the Icahn School of Medicine at Mount Sinai in New York City and his colleagues. By then, it was clear that cells lining the gut display the protein that the virus uses to enter cells. This allows SARS-CoV-2 to infect the gut.

Mehandru and his team found viral nucleic acids and proteins in gastrointestinal tissue collected from people who’d been diagnosed with COVID-19 an average of four months earlier. The researchers also studied participants’ memory B cells, which are pivotal players in the immune system. The team found that antibodies produced by these B cells were continuing to evolve, suggesting that, at six months after the initial infection, the cells were still responding to molecules made by SARS-CoV-2.

Inspired by this work, Bhatt and her colleagues found that a few people continued to shed viral RNA into their stool seven months after an initial mild or moderate SARS-CoV-2 infection, well after their respiratory symptoms had ended1.

Virus goes for the gut

Adolph says the 2021 paper inspired his team to look at their biopsy samples for signs of coronavirus. They found that 32 of 46 study participants who had had mild COVID-19 showed evidence of viral molecules in their gut seven months after acute infection. About two-thirds of those 32 people had long-COVID symptoms.

But all of the participants in this study had inflammatory bowel disease, an autoimmune disorder, and Adolph cautions that his data do not establish that there is active virus in these people, or that the viral material is causing long COVID.

In the meantime, more studies have suggested lingering viral reservoirs beyond the gut. Another team of researchers has studied tissue collected from autopsies of 44 people who had been diagnosed with COVID-19 and found evidence of viral RNA in many sites, including the heart, eyes and brain4. Viral RNA and proteins were detected up to 230 days after infection. The study has not yet been peer reviewed.

Nearly all of the people in that sample had had severe COVID-19, but a separate study of two people who had had mild COVID-19 followed by long COVID symptoms found viral RNA in the appendix and the breast5. Pathologist Joe Yeong at the Institute of Molecular and Cell Biology at the Agency for Science, Technology, and Research in Singapore, who is a co-author of the report, which has not been peer reviewed, speculates that the virus might infiltrate and hide out in immune cells called macrophages, which can be found in a variety of the body’s tissues.

All of these studies support the possibility that long-term viral reservoirs contribute to long COVID, but researchers will need to do more work to conclusively show a link, says Mehandru. They will need to document that the coronavirus is evolving in people who are not immunocompromised, and they will need to link such evolution to long COVID symptoms. “Right now there is anecdotal evidence, but there are a lot of unknowns,” Mehandru says

Bhatt is hopeful that samples will become available to test the viral-reservoir hypothesis. The US National Institute of Health, for example, is running a large study called RECOVER, which aims to tackle the causes of long COVID and will collect biopsies from the lower intestines of some participants.

But Sheng says he does not need to wait for a billion-dollar study to get more samples: an organization of people with long COVID has contacted him and offered to send samples from members who have had biopsies for various reasons, such as a cancer diagnosis, after their infections. “It’s really random, the tissue can come from everywhere,” he says. “But they don’t want to wait.”

For the Immunocompromised, COVID Remains a Major Threat

Opinion Forget the WHO. India owes its people the truth about covid-19

Read More
LLong Covid
The vaccines that have been granted emergency use authorization (EUA) have proven highly protective against SARS-CoV-2, resulting in…
Read More

Read More
CCovid Updates
With yet another COVID-19 booster available for vulnerable populations in the U.S., many people find themselves wondering what the end game…
Read More

Read More
CCovid Updates
Only 40% of household members will pick up Covid from another case in the home, while RAT kits…
Read More