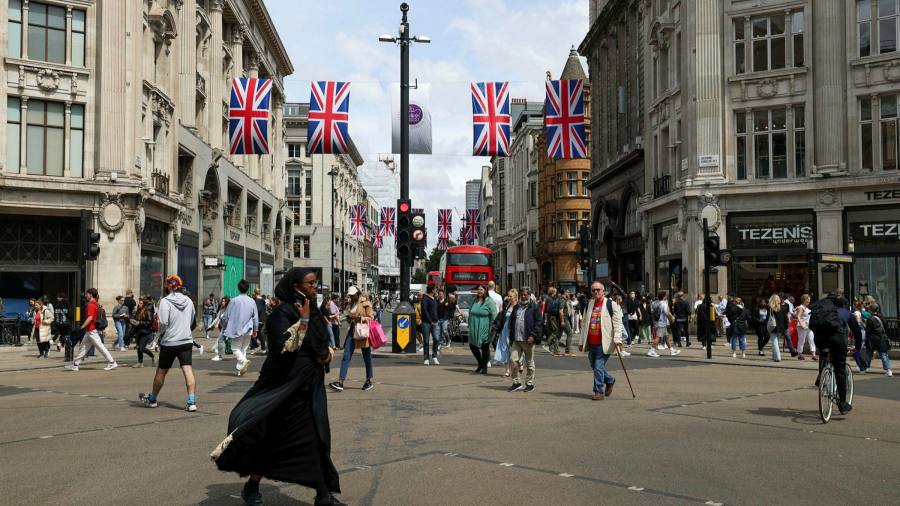 The percentage of people infected with coronavirus is still rising in England but trends in the other three UK nations are “uncertain”, the Office for National Statistics said on Friday.

Estimates based on testing suggested 3,147,700 people in England had Covid-19 in the week to July 13. That equates to about one in 17 of the population, up from one in 19 week on week. In Wales, too, an estimated one in 17 had coronavirus, unchanged on a week earlier.

Detailed analysis of the data for England showed a mixed picture. The statisticians said that in the week to July 13 the percentage of people with the virus increased in London and the north-west, south-east and east of England, but that the trend was less clear in all other regions.

Kara Steel, senior statistician for the survey, said infections continued overall to rise in England, reaching similar levels to those seen in April this year during the Omicron BA.2 wave, but that there were “some uncertain trends in the latest data across the other UK countries, some English regions and among some age groups”.

It was too early to say if the current wave was starting to peak, she added.

Paul Hunter, professor in medicine at the University of East Anglia, stressed the ONS survey primarily published its estimates of Covid prevalence a week or more after the samples on which results were based had been taken.

7 States Where COVID is "Out of Hand"

When Should You Test (and Possibly Retest) After Being Exposed to COVID-19?

Read More
CCovid Updates
Scientists have tested in animals a vaccine that may protect against 20 strains of influenza, helping to prevent…
Read More

Read More
CCovid Updates
Heading into the third year of the COVID-19 pandemic, many of us have become amateur immunologists, having conversations…
Read More

Read More
CCovid Updates
The study’s authors set out to understand the relationship between COVID-19 and friendship, and whether the presence of…
Read More

Read More
CCovid Updates
Summary Background The duration of protection against the omicron (B.1.1.529) variant for current COVID-19 vaccines is not well…
Read More