Deprecated: The $control_id argument is deprecated since version 3.5.0! in /www/covidmewstoday_398/public/wp-content/plugins/elementor/modules/dev-tools/deprecation.php on line 304
 Covid-19 pandemic isn’t over for Black Americans, report warns 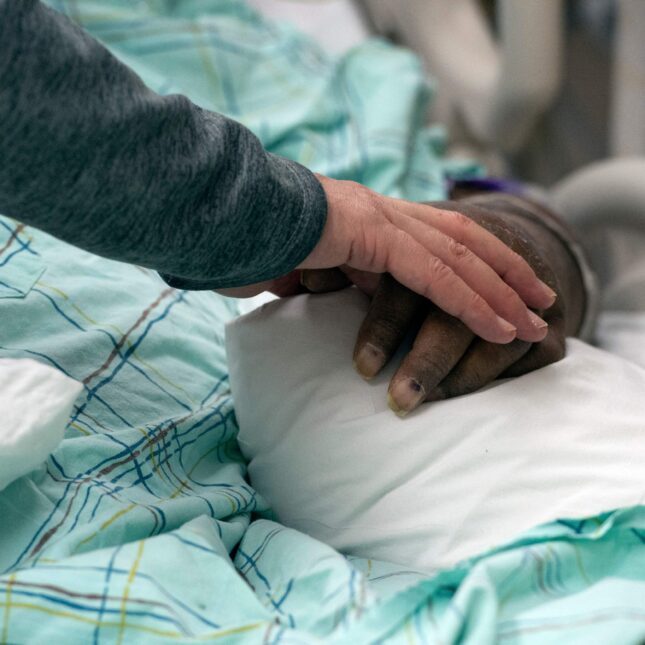 A searing report released Tuesday by the Black Coalition Against COVID details the immense toll the Covid-19 pandemic has taken — and continues to take — on Black communities, and calls for continued vigilance and action to prevent further losses even as the rest of the nation is eager to move on.

The report’s authors — physicians and public health and policy experts — note with alarm that even as case rates began to fall sharply across the country earlier this year, the Covid-19 hospitalization rate for Black people was higher than it had been at any time during the pandemic for any racial or ethnic group. For the week ending Jan. 8, 2022, the hospitalization rate for Black Americans was 64 per 100,000 — more than twice the overall rate. Rates for all Americans have since fallen, though they remain much higher for Black people.

“What we see in this report is startling,” said Marcella Nunez-Smith, an associate dean and professor of internal medicine, public health, and management at Yale University who chaired President Biden’s Covid-19 Health Equity Task Force. “The juxtaposition — that for some, the pandemic is over, yet the hospitalization rate for Black people is higher than it’s ever been — is stark.”

The report details the massive disparities — including not just higher overall case and death rates but also economic harms — experienced by Black Americans. These include:

The report states clearly that these worse outcomes were not due to any biological factors or genetic predisposition, but were a “predictable result of structural and social realities” such as Black Americans being overrepresented in essential-worker jobs, including practical and vocational nursing; being more likely to live in densely populated urban areas; and having preexisting medical conditions such as hypertension and diabetes due to differential access to health care.

In addition, the report says, many Black Americans faced barriers to testing and vaccination in the beginning of the pandemic, and also faced discrimination when seeking Covid-19 care. “The harsh realities of Covid-19 were superimposed upon generational systems of disadvantage,” said the report.

“We focus as a country, and we should, on the obvious indicators of hospitalization and death. What this report makes clear is why there was such a disproportionate impact in the Black community,” Reed Tuckson, a former commissioner of public health in Washington, D.C., who is now a co-founder of the Black Coalition Against COVID, told STAT. “The predicates that caused these disparities have long been present in the lives of Black folk. These are cycles that we have to break.”

Of concern to Tuckson and others are disparities related to the pandemic that continue. These include the high hospitalization rate for Black Americans, low uptake of Covid vaccine boosters, and the lack of inclusion of Black Americans in clinical trials of treatments, and in patient registries for long Covid. There is also fear that Black people will relax the precautions they have been taking against Covid despite the risks they still face.

“We have to be careful that the African American community does not let their guard down. We are still quite vulnerable,” said Daniel E. Dawes, a health policy expert and executive director of the Satcher Health Leadership Institute at the Morehouse School of Medicine, which along with the Black Coalition Against COVID and the Equity Research and Innovation Center at the Yale School of Medicine commissioned the new report. ”I get very nervous when people say, ‘I’m tired. I want a return to normalcy.’ The upticks in hospitalizations, cases, and deaths — that scares me.”

The report shows that disparities can be erased with targeted action. The Black Coalition Against COVID was among groups led by Black physicians and political and church leaders that worked to limit disparities in Covid-19 vaccination rates through education and access efforts. In May 2021, vaccination rates for first and second doses were 10% and 12% lower than those for white Americans; by January 2022, that gap had been largely erased.

Other actions recommended by the report include:

Tuckson said much of this work can and will be done by the Black community itself, but will require far more funding than has been so far made available by the federal government and other sources. “We are going to roll up our sleeves, but we need funding and resources that have been painfully inadequate and hard to come by,” he said.

Even as the report authors warn that the pandemic is far from over for Black Americans, they say that once it does end, the work on ending the health care disparities highlighted so clearly by the pandemic must continue.

“We cannot unlearn the lessons we have learned these past two years,” said Nunez-Smith. “I have a visceral reaction every time someone says we have to get back to normal because normal is what got us here. We need to get back to a new normal.”

Read More
CCovid Updates
The flowers are in bloom along the Ballona Creek bike path and all over Southern California. Which prompts…
Read More

Read More
CCovid Updates
A resident gets tested for a coronavirus infection in Johannesburg. The World Health Organization said that by last…
Read More

Read More
CCovid Updates
As the US government distributes some of the most significant investments ever to improve public health, grass-roots organizations…
Read More