Deprecated: The $control_id argument is deprecated since version 3.5.0! in /www/covidmewstoday_398/public/wp-content/plugins/elementor/modules/dev-tools/deprecation.php on line 304
 The Covid two years on – where we are now in the UK, in numbers

Home The Covid pandemic two years on – where we are now in the UK, in numbers
CCovid Updates

The Covid pandemic two years on – where we are now in the UK, in numbers

Analysis: With experts concerned over rising case rates, where are we also with deaths, hospital admissions, long Covid and the economy? 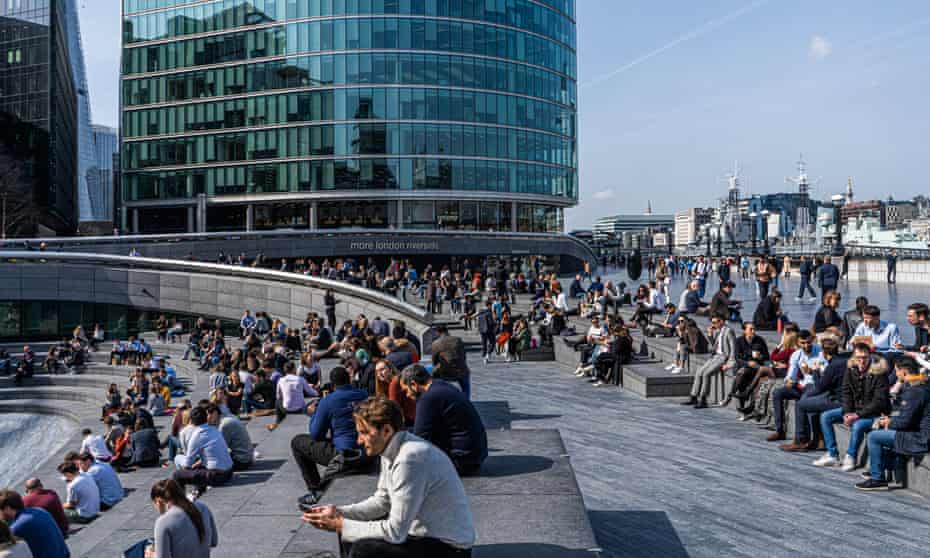 Crowds in London enjoy the spring sunshine in March 2022 following the end of all coronavirus restrictions. Photograph: Amer Ghazzal/REX/Shutterstock

On 23 March 2020, the day on which the prime minister announced the first UK lockdown, just over 1,000 people had died of a new and frightening coronavirus. Two years later, that figure now stands at above 188,000.

But as 2021 wore on, the vaccine rollout gave cause for optimism, with numbers of deaths and seriously ill patients on ventilators lower during the most recent Omicron wave than in previous spikes.

However, as we mark the two-year anniversary of the first lockdown, some experts are concerned that cases are increasing again just as the government has ended all Covid restrictions and intends to phase out free testing.

In Scotland, the number of Covid patients in hospitals has reached its highest ever level.

Dr Simon Clarke, biology professor at the University of Reading, said: “I understand that the UK government is keen to stop spending on expensive testing infrastructure, and people have had enough of isolation requirements.

“But the government must be careful not to dismantle all the systems which have allowed UK planners to stay ahead of the Omicron wave through a successful vaccination drive.”

The UK’s Covid-19 case rate has risen throughout March and stood at 832 per 100,000 residents on average in the week to 16 March. The rise has been partly attributed to the highly infectious Omicron B.2 variant.

Scotland has seen the sharpest rise in cases, with 1,639 new cases per 100,000 reported on average in the same week, its highest figure since mid-January. In England and Wales, case rates are lower but have been rising throughout March to reach 780 per 100,000 and 392 per 100,000 respectively.

In Northern Ireland, rolling case rates have been falling for several days but remained at 787 per 100,000 in the week to 16 March.

The latest ONS infection survey, which does not rely on individuals getting tested but extrapolates a sample over the whole population, estimated that 1 in 20 people in England had Covid-19, compared to 1 in 14 in Scotland and Northern Ireland and 1 in 25 in Wales.

The number of people living with “long Covid” – whose common symptoms include fatigue, shortness of breath, brain fog and chronic pain – remains a concern as the government ploughs ahead with its “living with Covid” plan.

An estimated 1.5 million people living in private households – or just over 2% of the population – were experiencing self-reported long Covid, according to the Office for National Statistics.

Around two-thirds of those experiencing long Covid symptoms said their ability to undertake day-to-day activities had been limited.

A separate ONS survey on social attitudes to the pandemic revealed that some disabled people remain concerned about the future. They were roughly half as likely to think that their life had returned to normal (6%) compared with non-disabled people (11%) as of February.

The number of Covid-19 patients in UK hospitals has been rising throughout March and stood at 13,876 as of 18 March, according to the seven-day average figure. However it remains well below the peak of 38,400 seen in January 2021.

However, while cases soared last winter, the number of patients on mechanical ventilation was much lower than in previous waves, in part due to the success of the vaccine rollout.

The number of patients on ventilators has been falling since January, and stood at 287 patients UK-wide as of 18 March, compared to a peak of over 4,000 in January 2021.

There have been 188,078 deaths where Covid-19 was mentioned on the death certificate as of 11 March, according to figures from the Office for National Statistics.

London has had the highest death rate of any region over the course of the pandemic, with 171 deaths per 100,000 residents, according to age-standardised mortality rates from the ONS at the end of January.

It is important to adjust for age when comparing death rates due to the increased vulnerability of older age groups.

The economic impact of the pandemic was initially devastating: GDP declined by 9.7% in 2020, the steepest fall since consistent records began in 1948, according to the House of Commons Library. This was followed by growth in spring 2021, leaving GDP 0.5% below pre-pandemic levels in October 2021.

Other business estimates also show signs of economic recovery. The proportion of companies open for business was 94% in February, the highest level since June 2020, according to the ONS Business Impact Survey.

Three in 10 businesses had cash reserves to last six months or more as of January, up from 22% a year earlier, according to the same survey. A higher proportion – 38% said their cash reserves would last less than three months.

However the survey also showed approximately one in six (16%) businesses experienced global supply chain disruption in the last month; this is unchanged from January 2022.

Should rising Covid infections in England, Scotland and Wales cause concern?

Read More
CCovid Updates
The experts say the focus should be on preventing serious disease. Even as most eligible Americans have yet…
Read More

Read More
CCovid Updates
In a year when organizations are pivoting toward new growth opportunities, a focus on employee well-being, including physical…
Read More

Read More
CCovid Updates
Analysis: link between infections, hospitalisations and deaths has weakened but it has not been severed Analysts have suggested…
Read More