The experts say the focus should be on preventing serious disease.

Even as most eligible Americans have yet to receive their first COVID-19 vaccine boosters, Pfizer and Moderna have now asked the FDA to authorize yet another booster dose — especially for elderly Americans, a group that tends to have weaker immune protection.

Pfizer asked the FDA to authorize fourth doses for people older than 65, while Moderna asked for authorization for everyone 18 and older (though company executives said the greatest need would be among older adults).

It could take the FDA weeks to decide whether to authorize Pfizer and Moderna’s fourth dose applications. Meanwhile, an FDA advisory committee to discuss booster shots broadly is not slated to meet until April 6.

Nevertheless, many vaccine experts are not convinced fourth doses are needed so soon. Some are even skeptical fourth doses will be needed at all. And that is on top of the difficulty in getting millions to get their first and second shots, let alone their third and fourth.

“There are very few, if any, people who, in my opinion require a fourth dose,” said Dr. Anna Durbin, professor of international health and director of the center for immunization research at Johns Hopkins Bloomberg School of Public Health.

“In general, it’s too early to recommend a fourth dose, except for those who are immune compromised,” said Dr. Paul Goepfert, professor of medicine at the University of Alabama at Birmingham and an expert in vaccine design.

Roughly 3% of the U.S. population is immune compromised, and already eligible for fourth doses. But this group only includes people with very specific medical conditions, like cancer or organ transplant recipients — not the estimated 54 million adults over 65.

Not enough evidence yet for 4th shots: Experts

So far, many experts say there isn’t enough evidence to justify fourth doses, even for older adults, though more evidence could emerge in the future. Studies from Israel, a nation that has already implemented fourth doses, indicate that boosting again modestly enhances protection from infection.

Although the existing COVID-19 vaccines are overwhelmingly safe, they do come with temporary side effects and the rare risk of temporary heart inflammation called myocarditis among young men.

“Unless there’s clear evidence something is of value, don’t give it,” said Dr. Paul Offit, director of the Vaccine Education Center at Children’s Hospital of Philadelphia.

With Moderna and Pfizer now submitting fourth-dose booster data to the FDA on an ongoing basis, the FDA has convened meeting of its outside vaccine advisors to discuss the future of COVID-19 booster shots, how often they might be needed and whether variant-specific versions could be more beneficial.

With the FDA advisory committee not slated to meet until April 6, and no vote scheduled, it could take the FDA weeks to decide whether or not to authorize Pfizer and Moderna’s fourth dose applications. 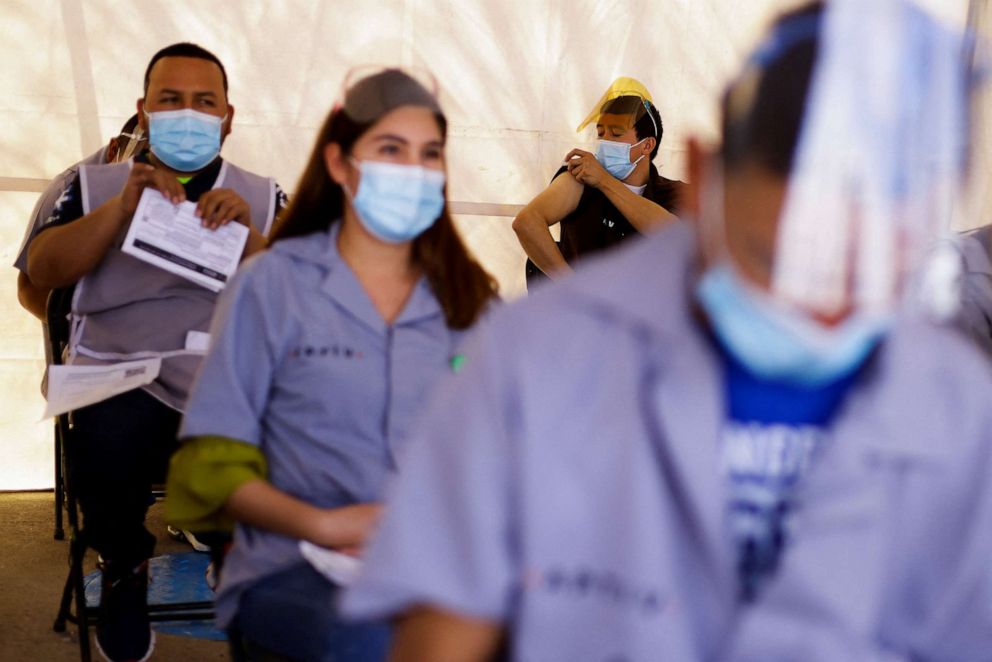 Jose Luis Gonzalez/Reuters
Participants in a mass vaccination event wait in an observation area after receiving a booster shot for the prevention of Covid-19 in Juarez, Mexico, March 22, 2022.

For Offit, a vocal member of the FDA’s advisory committee, the national emphasis on booster shots has been somewhat misplaced. The primary goal of vaccines should be to protect against serious illness, he says, which overall, primary vaccines are still doing.

When the vaccines were first launched in December 2020, emphasis was placed on their ability to protect against COVID-19 infection. But now, with the passage of time and emergence of new variants, many vaccine experts argue this was always an impossibly high standard to maintain, and moving forward, the emphasis should be on their ability to protect against severe disease.

Now, more than a year later, data shows that boosters may shore up the body’s defenses against mild infections — but only temporarily.

“These vaccines continue to demonstrate high protection against hospitalization and severe disease,” Durbin agreed. “Prevention of infection, in my opinion, is not the metric that we should use.”

“We’re going to have to learn to live with mild disease at some point,” said Offit. Frequent boosting “is not a reasonable thing to do, and it’s not something most people will do anyway.”

Tailored vaccine may be better

A better approach, said Durbin, would be to roll out a tweaked vaccine that is a better match against the new omicron variant. Vaccine makers agree, with Pfizer and Moderna both studying new versions of their vaccines they hope will work better and offer more durable protection against current and future variants.

“We can’t have vaccines every five, six months,” said Pfizer CEO Albert Bourla, speaking on CNBC. But until they have new-and-improved boosters ready to go, Pfizer and Moderna executives argue fourth doses will be needed by at least some older Americans soon.

Dr. Anthony Fauci told ABC affiliate, KGTV that older Americans might need a fourth dose “sooner or later,” but not yet.

The effectiveness of three shots is “holding pretty strong at around 78% efficacy against hospitalization,” Fauci said, “but if it goes any significantly lower than that, you certainly would consider the possibility of a fourth dose boost particularly among elderly and those with underlying diseases.”

At a White House briefing Wednesday, Fauci said fourth shots for older adults might be considered soon, but for the general population won’t be considered until “the beginning of fall, end of summer.”

While many vaccine experts have predicted that COVID-19 vaccination will become an annual shot, like the flu vaccine, others are still hopeful that three shots could be the magic number for many Americans.

“I do think three doses will be enough for some individuals,” said Goepfert, “but it depends on the new variants that will come next.”

Almost a third of COVID-19 patients suffered from neuropathy - study

Read More
CCovid Updates
Medics take a patient from an ambulance into the Royal London hospital in London on Jan. 19, 2021.(Tolga…
Read More